As buses from Seoul to Daejon run every half hour and we were starting the tour on a Thursday, we headed to the bus station without having made a reservation. After a 2hr bus ride, we arrived in Daejeon at 10am and began cycling to the starting point right away. We picked up the bike path after only ten minutes of city streets.

Daecheong Dam was stamped in the passport shortly after noon. It was still early and we explored options for our overnight stop. The first major town was Sintanjin, only 15Km from the dam which meant we would be stopping around 2pm. The town after Sintanjin was 40-50Km which was a bit too far so we decided on Sintanjin.

The day brought us long stretches of paths through remote areas. The wind picked up mid-morning and lasted most of the day. The town of Gongju was a lovely surprise with the high fortress and historical points of interest along the bike path. 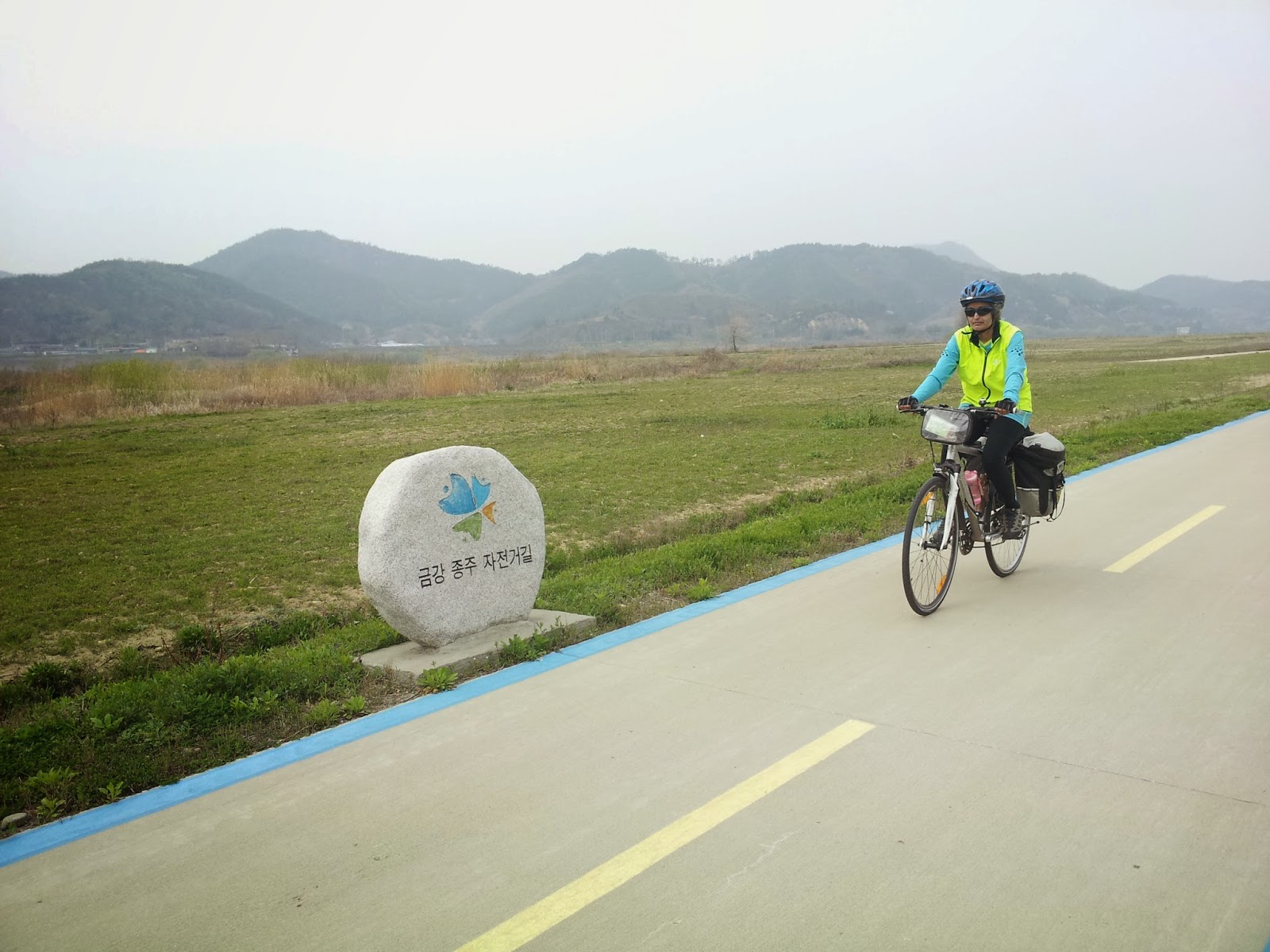 Dark morning looked ominous. Pulling on rain gear, we set off in light drizzle. Luckily the weather cleared up within the hour. Today's path took us through developed areas and the route was dotted with tourist attractions. At this point Geumgang was called Baekmagang.

In the township of Ungpo we came across a festive Gomgaenaru Park. The antique looking tourist ferry departed for sightseeing rides on Baekmagang. We stopped to fuel-up before the last stamp station which was 12Km away. The ferry personnel beckoned us to join them, shouting out 'it's a service'. The English word service(sounds more like 'sobis') means 'complimentary' in Korea.

After the final stamp, we scurried to the bus station and were home before dark. 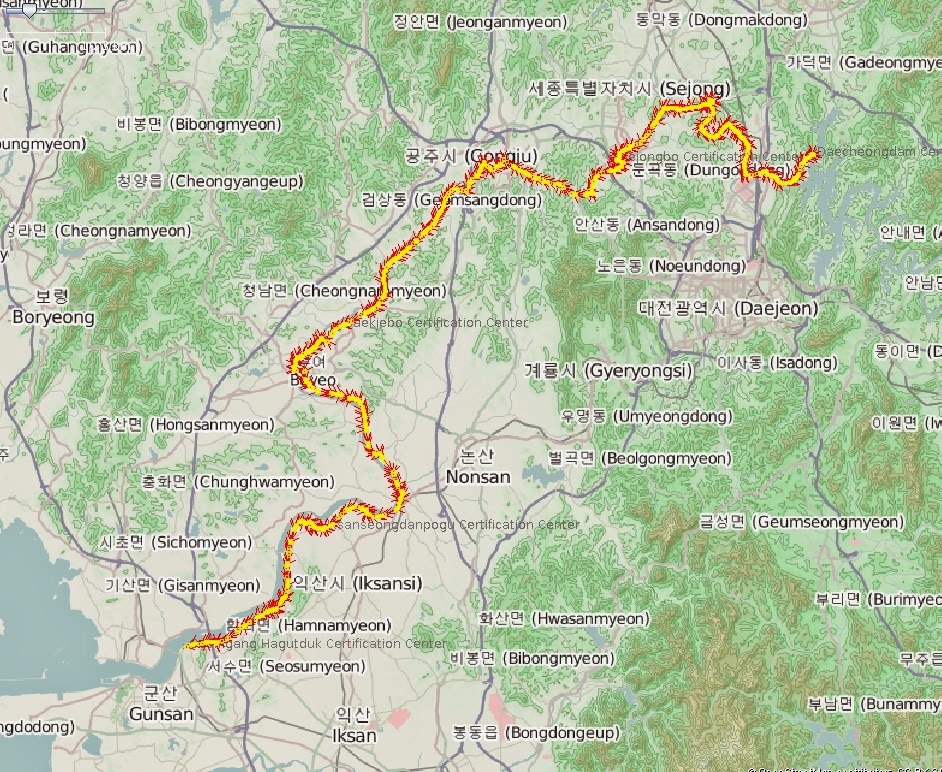